Voluntary Police Interview – Do I need a Solicitor?

So, the phone rings or there is a knock at the door with a police officer at the other end.  The officer says something along the lines of:

We’d like you to pop into the station for a chat, it won’t take long. Can you pop in next week?

Let us be clear,  being interviewed on a voluntary basis is NOT a formality or simply a case of having a quick word with the police.  It is just as serious as if the police had arrested you to carry out the interview.

Following a series of budget cuts, there has  been a rise in the so-called Voluntary Interview. People are more often being invited to be interviewed voluntarily, either by visiting a local police station by appointment or by allowing officers to come to the family home or place of work to ask some questions.

But they haven’t arrested me, it’s all voluntary?

Quite right, as a volunteer you have a number of rights. You have a right to access independent legal advice and are free to leave the police station at anytime unless and until arrested.  A police officer must inform the attending volunteer that they are under arrest if a decision is made to prevent him or her from leaving the police station of their own free will.

Let’s not however mince words, you have not been invited to a police station for a friendly chat.  An investigating officer suspects that you may have committed a criminal offence.  You will be interview on tape/disc as a suspect who had been formally arrested and you will be asked to respond to questions to establish whether you fall foul of the law.  Everything you say in that interview can later be presented in court.

Is it in my interest to attend as a volunteer ?  Do I need a solicitor?

It is generally in your best interests to attend for an interview.  Failure to do so can lead to a formal arrest and denial of your liberty whilst the police interview you and on occasions whilst they await a decision.

It is best to arrange for a Solicitor to attend with you.  If instructed, we can arrange the interview with the police at a mutually convenient time to all parties.  The process is smooth with little delay and facilities are made available for a disclosure briefing with an officer after which you are able to consult with a representative in a private consultation.   Your decision to attend will also assist in persuading officers that you are not later a bail risk.  Importantly, at this stage, police station advice and assistance is free. You will not be charged anything for the process. 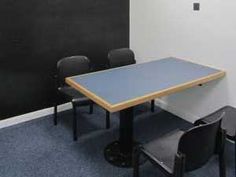 After the interview, you are free to leave.  Regrettably, it is often the case that a decision to take no further action is not given. On other occasions those interviewed will be alarmed to receive a summons to attend court in the post.  We at Langfield Law are with you every step of the way and will keep you informed at every step of the investigation.ften, those interviewed as volunteers are not informed when a decision to take no further action on the investigation is made, or as stated earlier when they suddenly receive a summons to attend criminal proceedings at court. Instructing a pro active solicitor means that s/he can continue to place pressure on police to come to a decision earlier, and that you are fully informed of the progress of the investigation.

We will be happy to attend with you and support you through every police interview.  If you have been asked to attend a voluntary interview, please do not hesitate to contact us on 0203 904 3232 (24 hours) or email us at admin@langfieldlaw.co.uk

Released, but not free Supplying drugs or possession with intent to supply

Supplying drugs or possession with intent to supply

Released, but not free